Accidental exposure to medications can be a problem in the United States and it’s often in homes with young children, so it’s important to dispose of expired and old medications in the home as they present an unnecessary health risk.

The National Prescription Drug Take-Back Day offers a way to safely and conveniently dispose of medications. On Saturday, April 29, from 10 a.m. to 2 p.m., several local law enforcement agencies will accept pills for safe disposal (needles, sharps and liquids cannot be accepted.) The City of Sioux Falls also offers a permanent drop-off box for safe disposal of unwanted or unused medication in the lobby of the Law Enforcement Center, 320 West 4th Street, 6 a.m. to 10 p.m., Monday through Friday.


In 2016, this is a free and anonymous service that resulted in 893,498 pounds of pills being collected, and of that number 1,581 pounds were collected in South Dakota. 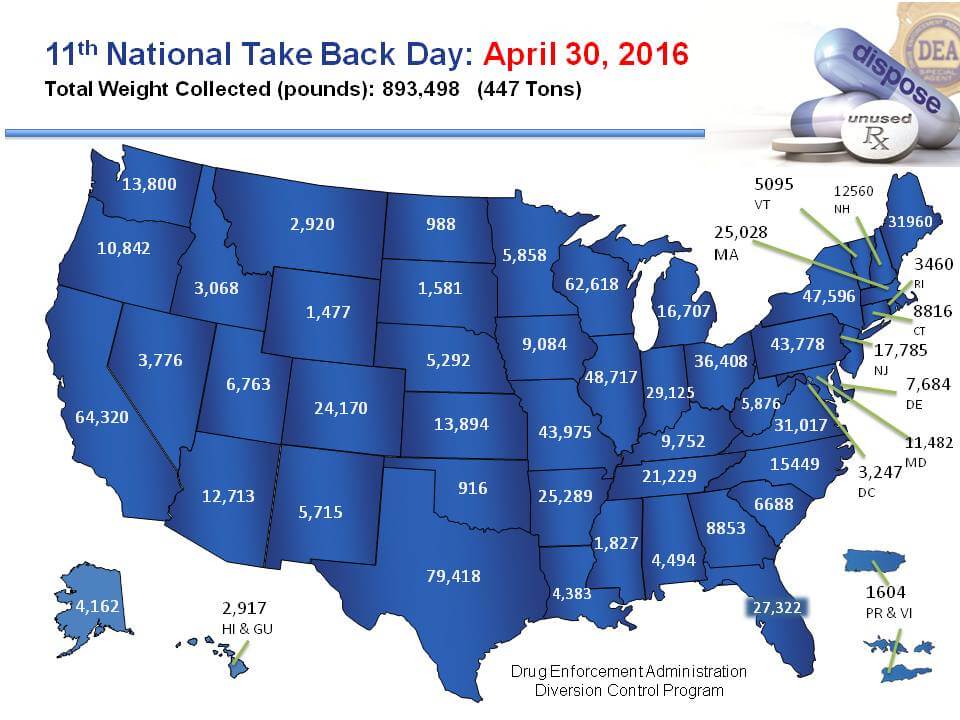 Americans understand that cleaning out old prescription drugs from medicine cabinets, kitchen drawers, and bedside tables reduces accidents, thefts, and the misuse and abuse of these medicines, including the opioid painkillers that accounted for 20,808 drug overdoses - 78 a day - in 2014 (the most recent statistics from the Centers for Disease Control and Prevention).

Eight out of 10 new heroin users began
by abusing prescription painkillers
and moved to heroin
when they could no longer obtain or afford those painkillers.

It’s important, however, you don’t dispose of old medications and drugs in the sewer or in the garbage can – both of those disposal methods can lead to accidental exposure, contaminated water, or intentional misuse.

Novak Sanitary Service in Sioux Falls encourages everyone to support the National Prescription Drug Take-Back Day as a way to protect our communities from unnecessary exposure to medications in the home and minimize the risk for abuse.

Below are three drop off locations or you can search online and locate other locations closer to you.